Welcome to the coup! 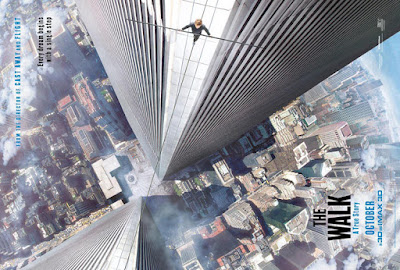 Very probably the year's most worthwhile biopic, The Walk is at once a caper film of extraordinary wackiness, an enthralling testament to human awesomeness, and a sensitive tribute to the fallen Twin Towers upon which its story turns.  That it all seems of a piece is nothing short of a miracle—although it can't be denied that, in its most theoretically enrapturing moments, it suffers from a slight (but noticeable) lack of punch.

Spoiler alert: N/A
Read more »
Posted by Hunter Allen at 7:37 AM No comments:

John Carpenter, part XXVII: Hey, it's not quite the absolute end of the world—but we're getting there! 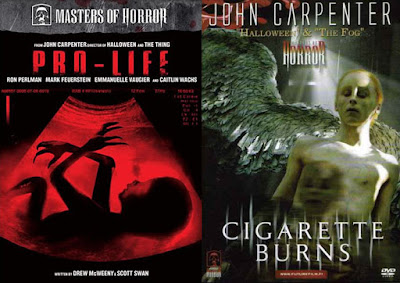 Carpenter returns to meta-horror—and, in the process, proves that sometimes you really can't go home again.

Carpenter takes on a politically-charged siege film, winds up with boneheaded supernatural horror, and you have to ask, "How the heck did that happen?"

Spoiler alert: moderate
Read more »
Posted by Hunter Allen at 7:27 AM No comments:

Reviews from gulag: The humanitarian diet

Hey, when our own food supply is contingent on patent ecological unsustainability, the brutalization of millions of slave laborers, and the mass torture of billions of defenseless animals, who the heck are we to judge what "ethical consumption" really means?  Today, we dig into Bone Tomahawk, Quest For Fire, and The Green Inferno. 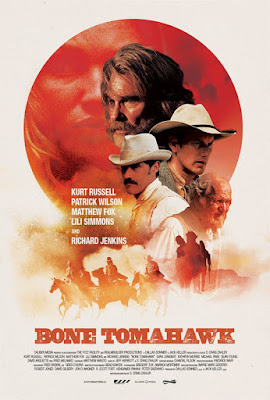 BONE TOMAHAWK (2015)
When two bandits blunder into the territory of an unnamed, heretofore-unknown tribe of Indians not too far from the frontier settlement of Bright Hope, only one (David Arquette) comes out alive.  Making his way to town after his ordeal, it's about two minutes before he runs afoul of Sheriff Franklin Hunt (Kurt Russell) and his aged deputy Chicory (Richard Jenkins) and gets half his leg blown off.  That's how the local medicine woman Samantha (Lili Simmons) happens to be at the jail that night when the Indians track their enemy down; naturally, they seize both.  Thus the sheriff, his deputy, the woman's husband, Arthur (Patrick Wilson), and the Indian-killing fop Brooder (Matthew Fox) embark on a mission of rescue.  Their journey is long, and arduous, and longer and more arduous still thanks to Arthur's broken leg and the random encounters generated by writer-director S. Craig Zahler's twenty-sided plot dice.  Ultimately, however, the four doomed men find what they're looking for, and the fate in store for them is more horrific than they ever could have anticipated.

It probably ought to be a spoiler, though obviously it isn't, to say, "They're cannibals."  This is the selling point of Bone Tomahawk, as well as its Achilles' heel: it is a movie, written and produced in 2015, about a bunch of white guys following the trail of a bunch of red guys who turn out to eat white guys, and thus need to be eradicated with all the force the white race can bring to bear upon them.  But Tomahawk takes some of the edge off with a helpful token Lakota professor played by Zahn Mcclaron, who has the thankless role of explaining why nobody ought to get mad.  These Indians, says he, are better described as "troglodytes," and they're sure as hell not part of any tribe that he recognizes.  The real shame of it is, that despite being onscreen for just a couple of minutes, Mcclaron occupies the screen with a sufficient force—particularly as he pushes back against the arch-racist Brooder—that you kind of wish that he had accompanied the gunslingers on their quest, and maybe even that Tomahawk had more of a point beyond, "We wanted to do a Western with cannibals."  But, you know, there turns out to be an awful lot of wisdom in the Professor's refusal of the Sheriff's invitation.  So perhaps the point is that Indians are smarter than us white folk.
Read more »
Posted by Hunter Allen at 11:08 AM 3 comments: 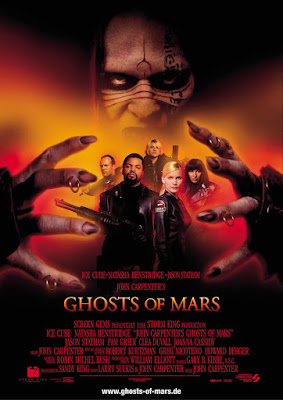 Carpenter enters the 21st century with Ghosts of Mars, a picture that squanders an awful lot of imagination, and a not inconsiderable amount of narrative elegance, with a hoary scenario filled up with mostly-lousy action, and its predictable and justified failure nearly drove JC from filmmaking altogether.

Spoiler alert: moderate
Read more »
Posted by Hunter Allen at 8:02 AM No comments:

John Carpenter, part XXV: Did you get any wood? Huh? You get a little mahagony from that little ebony? 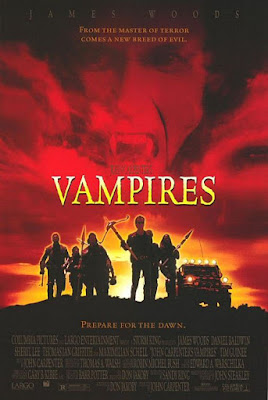 The one Carpenter film I hadn't seen yet turns out to not be the diamond in the rough I had hoped.  And, as you know, Late Period Carpenter is very rough indeed.

A savage is a savage 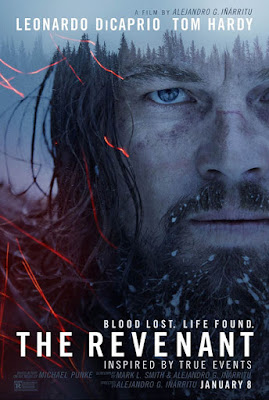 Go west, young man—and get yourself right torn to shit by a fucking bear.

Out upon that deep water, these men saw the horizon 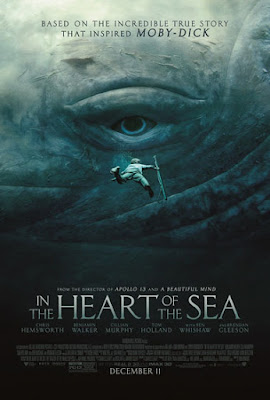 IN THE HEART OF THE SEA

Possessing certain elements that are positively fantastic, in every sense of the term, it's easy to ignore the parts of In the Heart of the Sea that aren't—including the parts that are actively aggravating.  Taken all in all, however, Heart is fun and sober-minded in equal measure (and in all the right places, too)—and I kind of half-love it, just for existing. 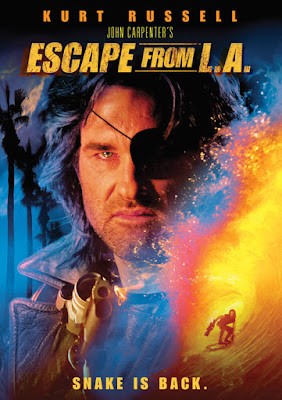 And so it finally begins.  Welcome to Late Period Carpenter.

Spoiler alert: high
Read more »
Posted by Hunter Allen at 5:26 AM No comments: 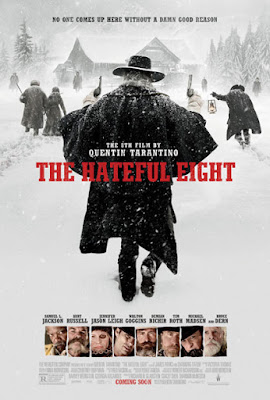 It's a real, painful shame that it's not much, much better than it actually is—but Tarantino's new nihilistic Western surely remains entertaining enough to while away three hours with.

Reviews from gulag: We shall never be free of 2015, no matter how much we might prefer to be

Here's some of the things I've seen recently, ranging from the truly terrible to the marginally okay, and none of which I had the stomach to write full reviews for: Tangerine, Girlhood, White God, and Home.  2015 was really not a good year for film. 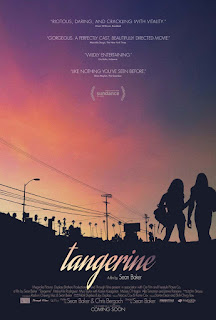 TANGERINE (2015)
When Sin-dee (Kitana Kiki Rodriguez) gets out of jail, she finds that her lover (James Ransome) has moved on.  She'd lean on her friend Alexandra (Mya Taylor) for emotional support, but marauding across Los Angeles and dragging the other woman (Mickey O'Hagan) by the hair through the uncaring streets of the city somehow strikes her as more cathartic.  Note: this movie is allegedly progressive.

Feted as one of the better and more surprising movies of the year, the real surprise of Tangerine comes from both barrels.  First, it's about as fucking pointless as a movie can be, seeming in many ways more like a demo reel for co-writer/director Sean Baker's basic ability to put a series of shots in some sort of narrative order, and for its actors' basic ability to read lines and convey broad emotions, than it ever seems like some kind of useful motion picture.  Second, if I were a transwoman, and particularly a transwoman of color, I'm pretty sure I wouldn't want this to be the movie that raised awareness of my issues, insofar as the story (such as it is) boils down to the following: "an unstable brown transwoman prostitute somewhat brutally kidnaps a tiny white XX prostitute in order to exact revenge upon her, for during the latter's monthlong stint in jail, the former had sex with their mutual pimp, whom the latter conceives as her actual boyfriend."  For the sake of argument, we'll concede that our heroine, Sin-dee, is simply tragically deluded—and that it's not just that Sean Baker thinks prostitutes are really this stupid.  (Though isn't it nice that it's the tiny white XX prostitute who gets to point out the gap in the lead's logic?  Maybe Sean Baker just thinks transwomen are this stupid.)  Anyway, what we're left with is a revenge movie where the impetus for revenge is morally repulsive and the subject of the revenge is a sexually exploited victim.  Happy holidays, losers.  (It's also a Christmas movie.)