As usual, we're still cleaning up the previous year long after the mess has ceased to matter, but nevertheless, here's two reviews, for The Death of Stalin and First Man. 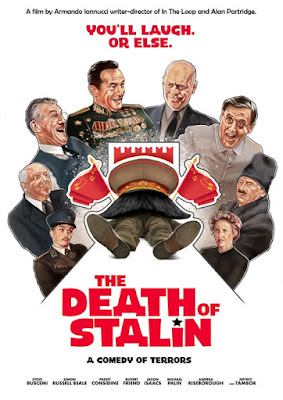 THE DEATH OF STALIN (Armando Ianucci, 2017 kinda, but we're counting it as 2018)
In 1953, Iosif Stalin (Adrian McLoughlin) dies, and his inner circle jockeys for control of the Soviet Union.  Two factions coalesce between Nikita Khrushchev (Steve Buscemi) on one side and Lavrentiy Beria (Simon Russell Beale) on the other.

The Death of Stalin is a terrifically ahistoric mish-mash that takes on the power struggle that defined Soviet governance over the months and years following its titular dictator's demise.  It condenses that power struggle into a little less than one week's time—for cinema's sake—while getting tons and tons of things wrong, big and small alike.  Somehow, it's the small things, like an overflight of several just-slightly-anachronistic jet bombers (probably Tu-16s) that are the most annoying.  But the big things are pretty big, like a fictional massacre of Stalin's mourners by a security service that did not, in 1953, exist; or the implication that Stalin trusted Lavrentiy Beria any further than he could throw him, which he would've been likely to do (into a grave, that is), if Stalin had lived much longer than he had; hell, there're credible allegations (not in the film) that Beria got him first.  But it gets at least one big thing right, and that's take Armando Ianucci's usual, cynical, somewhat tedious all-politicians-are-venal-or-morons-or-both approach to political satire (e.g., Veep), and applies it to a situation where total venality was, effectively, a necessary condition of literal survival.  So that must be the other big thing it gets right: it makes for an effective black comedy that generates its uneasy laughs out of the nihilistic insanity of the very regime it inaccurately, but not quite untruthfully, depicts.

Read more »
Posted by Hunter Allen at 6:33 PM No comments:

How to breed your dragon 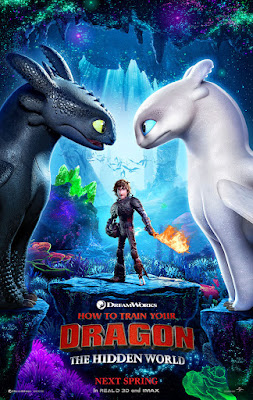 HOW TO TRAIN YOUR DRAGON: THE HIDDEN WORLD

The Hidden World is a three-way race between deeply-unpleasant comedy, a mechanically-questionable screenplay, and the sheer majestic potential of animated cinema at the bleeding edge of 2019; it turns out that overwhelming visual perfection can outrun an awful lot of horrible sins.  By the way, can someone get a cinematography Oscar for a cartoon?

2019
Written and directed by Dean DeBlois

Yo' mama so old I told her to act her age, so she died 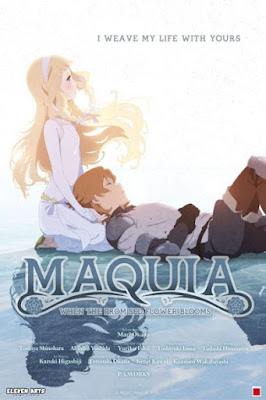 Conceptually rich, yet insubstantial and entirely unsatisfying, Maquia takes a great idea and runs it into the ground, then under the ground, then it ends, too short to make any sense out of the world it's created, too long and too repetitive to not get really, painfully dull.

2018
Written and directed by Mari Okada

Spoiler alert: moderate
Read more »
Posted by Hunter Allen at 12:13 AM No comments: 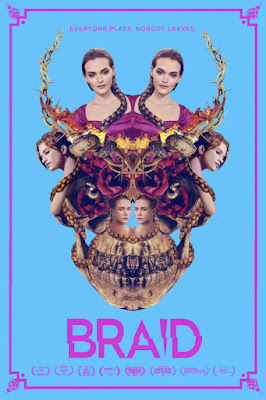 Spoiler alert: pretty much N/A, but let's say "moderate"
Read more »
Posted by Hunter Allen at 1:16 AM No comments: 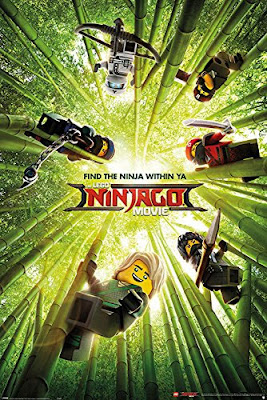 When one calls it "the worst LEGO movie," one's not bound to follow that assertion up with "but it's still pretty great!", or anything like that.  In fact, it fails often and severely enough to be called an actual disappointment; but The LEGO Ninjago Movie isn't actually bad, either, and on the rarest occasion manages some of the coolest stuff the franchise has ever done. 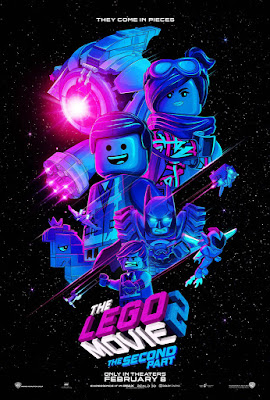 THE LEGO MOVIE 2: THE SECOND PART

Much better than its lukewarm commercial reception lets on, The LEGO Movie 2 may not surpass its progenitor, but it's probably the worthiest sequel it was ever going to get.

Spoiler alert: moderate
Read more »
Posted by Hunter Allen at 12:46 AM No comments: 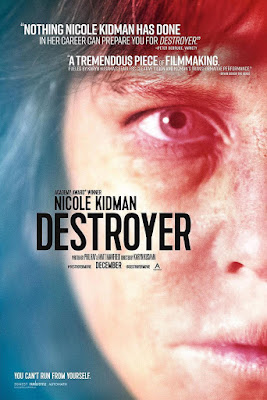 Walt Disney, part VIII: The bomber sometimes gets through 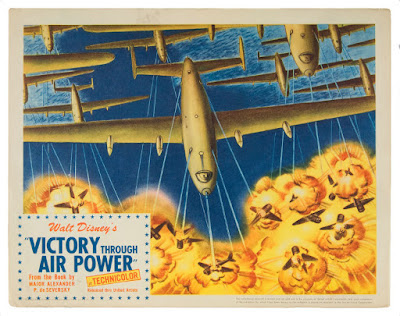 A cartoon about strategic bombing?  Walt, did you make this for me? 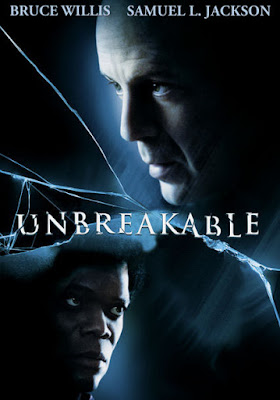