Is this the end of the world, the death of the light? 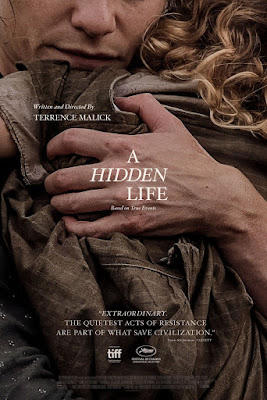 Don't call it a comeback, but even so, A Hidden Life really is the best Terry since The Tree of Life, and it might be even better than that.

2019
Written and directed by Terrence Malick 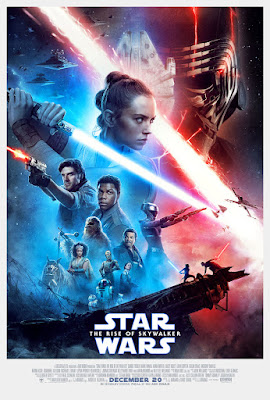 STAR WARS: THE RISE OF SKYWALKER

And The Rise of Skywalker proves that we have grown too fond of it.

Look for the union label 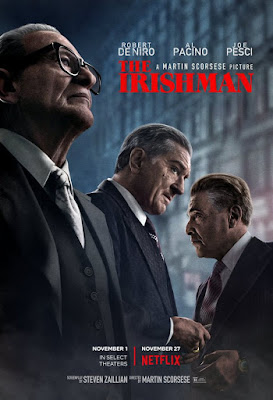 The Irishman is a pretty big container for what amounts to not all that much. 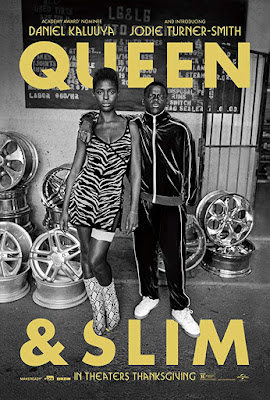 An imagistic journey to, well, a certain kind of freedom, I guess.  Queen & Slim is gut-wrenching and bittersweet, current and sadly timeless alike.

Read more »
Posted by Hunter Allen at 4:06 PM No comments:

Sure: I have an affinity for the bigger side of filmmaking,  but it's nice sometimes to check in on the other side of the spectrum.  Or, you know, it's supposed to be.  Oh well: as The Simpsons once observed, it's their first day.  So let's take a look at three first films from 2019: Luz, Cosmos, and Paradise Hills. 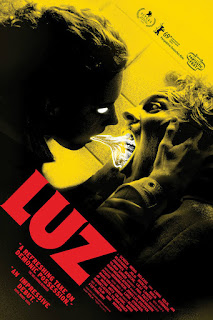 LUZ (Tilman Singer)
I know I mention "running time" a lot in these reviews, and almost always in a negative way; I mean, there's a lot to complain about when it comes to the cinema of the 2010s, but to my mind there's not a single more terrible or more pervasive problem than the slow creep of runtimes that began in the 1990s and exploded into absurdity in the 2010s, as every blockbuster started extending itself past two hours, often for no good reason, and often far past two hours, with an eye toward three.  It's why it's such a joy when a movie like Crawl appears, clocking in at 89 minutes and hence obliging itself be mostly killer, not so much filler.  It also probably partially explains why I like cartoons so much, since they usually have some measure of restraint, due to their expense as well as their presumed audience of babies.

So, with nothing else to go on, Luz's 70 minute runtime seems like a selling point; it's easy to presume a movie that barely lasts an hour couldn't even have the time to be bad.  But that's not all we have to go on (I mean, I've seen it, so I have everything about it to go on, but bear with me here): let's assume further that we know that Luz is actually the 70 minute thesis project by German film studies graduate Tilman Singer.  This is where you observe, "Aren't student films usually short subjects?"  Yes.  Indeed they are.

Turn away and slam the door 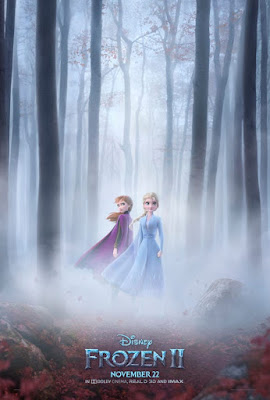 On the plus side, it's not preceded by a 21 minute Coco short.