Robert Zemeckis, part VI: I hope you're proud of yourself—and those pictures you took 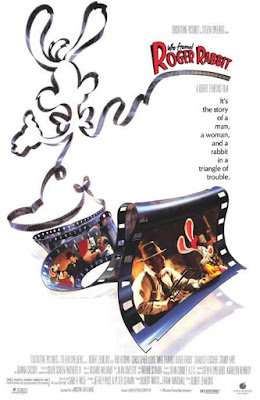 Zemeckis reemerges with one of the most technologically audacious films of all time, a spectacle worth watching over and over again for the sheer complexity of its achievement.

Spoiler alert: forget it, reader, it's Chinatown
Read more »
Posted by Hunter Allen at 12:14 AM No comments:

Steven Spielberg, part XV: I thought it was Mrs. Victor's soul, going up to heaven 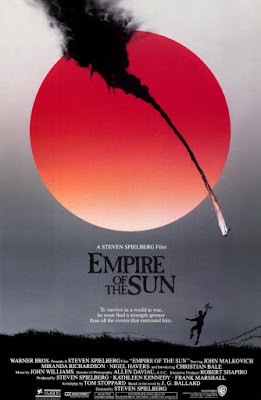 EMPIRE OF THE SUN

Doubling down on the Oscarbait, we find our director continuing his turn toward subjects "more mature" than magical aliens or Nazi-killing archaeologists.  And yet the severity of Empire of the Sun is met by a director who appears to be as high as a kite on his own sense of whimsy.  Bizarrely, then, the actual result of this weird collision is also the first unambiguously great film the Serious Spielberg ever made.

Steven Spielberg, part XIV: I want to talk to you seriously for a moment, and, on and off, for the next thirty-one years 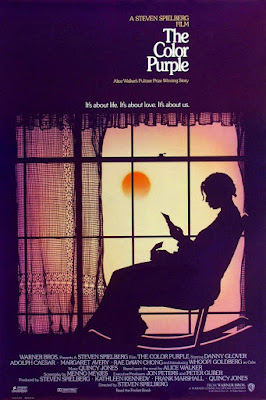 The director stumbles into Oscarbait, but the good kind, and comes up with a movie that demonstrates that his powers can be used for edification as well as entertainment—while also showcasing a pacey and unfocused screenplay, for almost a full hour longer than it really needs to showcase it.  (The even shorter, snarkier version is, "Welcome to the Spielberg... of the future!") 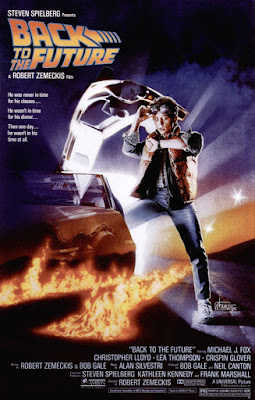 BACK TO THE FUTURE

And now, we really find out what we've gotten ourselves into: the uninterrupted run of classics, super-classics, and near-classics that can compete with the work of any director, living or dead—not to mention a great movie, in and of itself, as well as the beginning of something even bigger than just one film, no less than a trilogy worthy of being mentioned in the same breath as the mightiest franchises of a singularly-befranchised decade.

Read more »
Posted by Hunter Allen at 8:02 PM No comments: 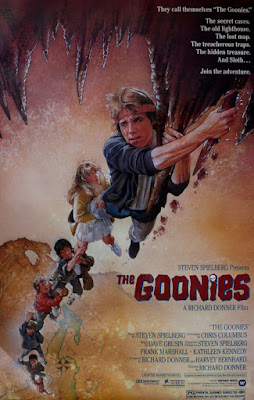 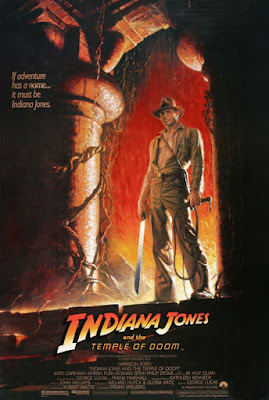 INDIANA JONES AND THE TEMPLE OF DOOM

Spoiler alert: you may well have seen this a hundred times—but you have at least seen it once
Read more »
Posted by Hunter Allen at 3:34 PM 5 comments:

Robert Zemeckis, part IV: That was the end of Grogan—the man who killed my father, raped and murdered my sister, burned my ranch, shot my dog, and stole my Bible! 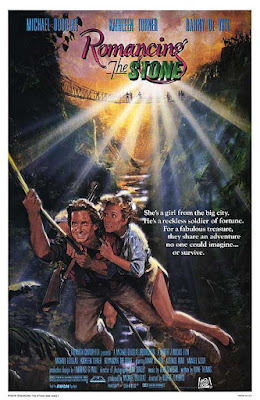 Zemeckis goes into the wilderness, and finds a sweet, believable love story where an adventure movie ought to be.

Read more »
Posted by Hunter Allen at 8:01 AM No comments:

Steven Spielberg, part XI: Not only of sight and sound, but of mind 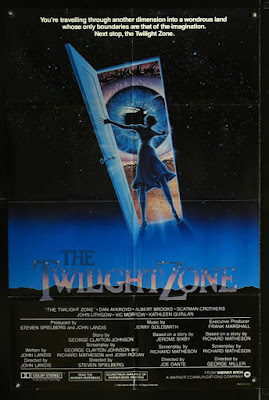 Plumbing his childhood once again, we find Spielberg teaming up with his pal John Landis, as well as Australian action-monger George Miller and rising schlockmeister Joe Dante, in order to bring their beloved TV show back to life.  You'll soon find yourself intently wishing that Spielberg, and especially Landis, hadn't bothered at all.  But then again, there's Miller and Dante, and what you wind up with is an anthology movie that averages out to legitimately awesome—particularly if you don't look too closely at any of the math you used to arrive at that conclusion. 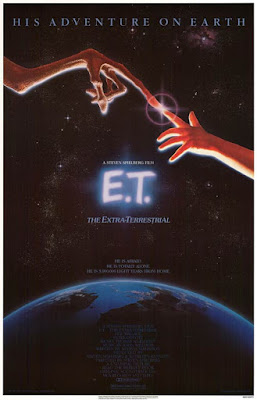 Read more »
Posted by Hunter Allen at 3:12 PM No comments:

Steven Spielberg, part IX: But I barely know her geist! 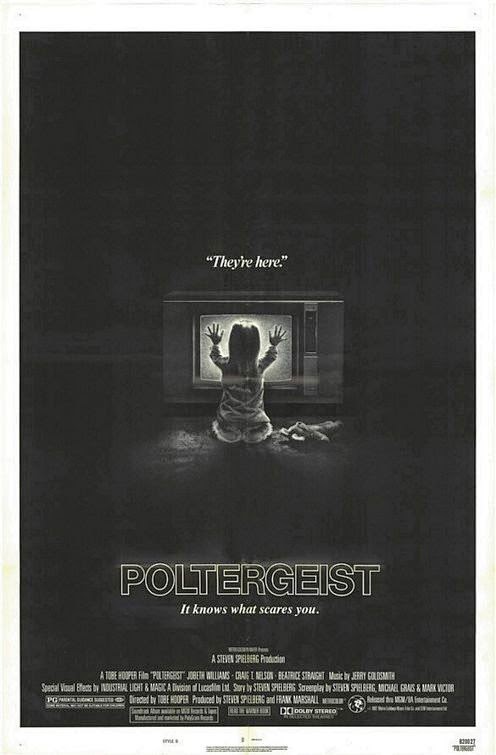 
Not the father of all haunted house movies, but more like their richer, cooler stepdad, Poltergeist is where the modern haunting movie came into its own—for better or worse, there's no Blumhouse without the Freeling house.  More importantly, however, it's also one of the best of its particular breed, still incredibly frightening (and still visually resplendent) to this very day.

Spoiler alert: moderate
Note: this is a re-edited version of a review posted in November 2014.  I have expanded the discussion, partly to include Poltergeist's production history, but mostly to more deeply explore the infamous controversy over who "really" directed the film, an issue which cannot be so easily brushed aside in the context of a career retrospective.  Obviously, if you're up to speed already, please feel free to skip to the actual review.  You can tell when it starts, because it's where that dude's face awesomely falls off.
Read more »
Posted by Hunter Allen at 7:45 AM No comments: 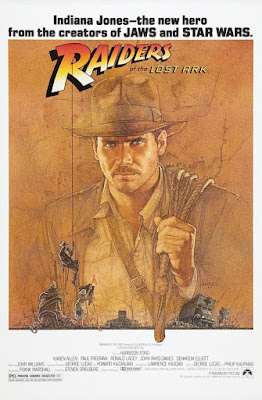 RAIDERS OF THE LOST ARK

Spoiler alert: you have seen this movie fifty times

Steven Spielberg, part VII, and Robert Zemeckis, part II: Is there anything honorable to destroy in Los Angeles? 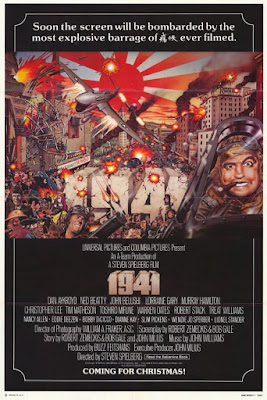 The movie that finally explains why Spielberg finds it worthwhile to produce the Transformers franchise—besides those many hundreds of millions of dollars, anyway. 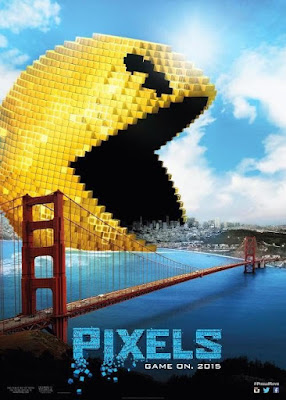 Steven Spielberg, part VI: No he's not! My daddy is an astronaut! 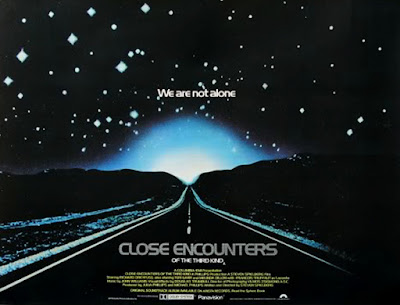 CLOSE ENCOUNTERS OF THE THIRD KIND

Spielberg, for the only time in his career, wrote a script all by himself, and from that script he directed a film composed, apparently, from his innermost fantasies, without ever checking with anyone else to see if what he'd made was entirely coherent.  And yet the outcome was somehow one of his single most financially successful movies.  Indeed, it must be one of the strangest blockbusters you'll ever see.

Steven Spielberg, part V: What we are dealing with here is a perfect engine 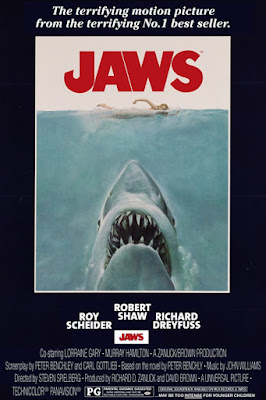 Already the purest monster movie of all time, if you also wanted to call Jaws the greatest, you wouldn't be able to find too many able to muster a particularly passionate argument against that, either.

Steven Spielberg, part IV: They were all in love with dying; they were doing it in Texas 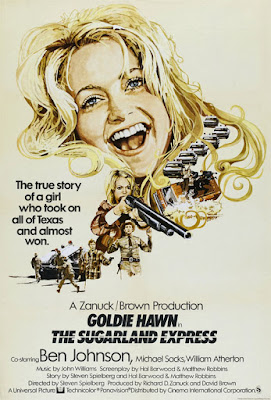 Spielberg dances cautiously around the style and content of the New Hollywood in his first theatrical feature, and the results are very much a mixed bag.