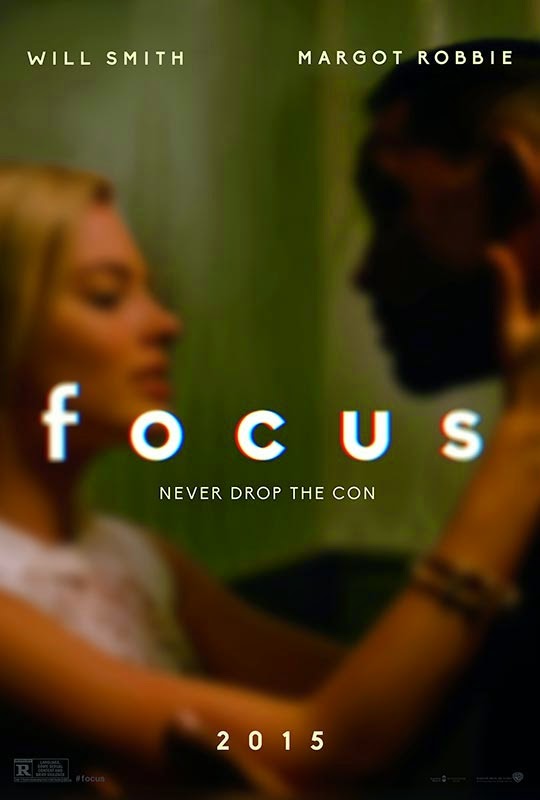 Focus is a world-traveling caper that is enjoyable throughout its every single moment, from the opening shot till the roll of the credits, and it leaves you wanting more—albeit, somewhat unfortunately, in both the good and bad meanings of that phrase.  But, I should add, mostly the good. 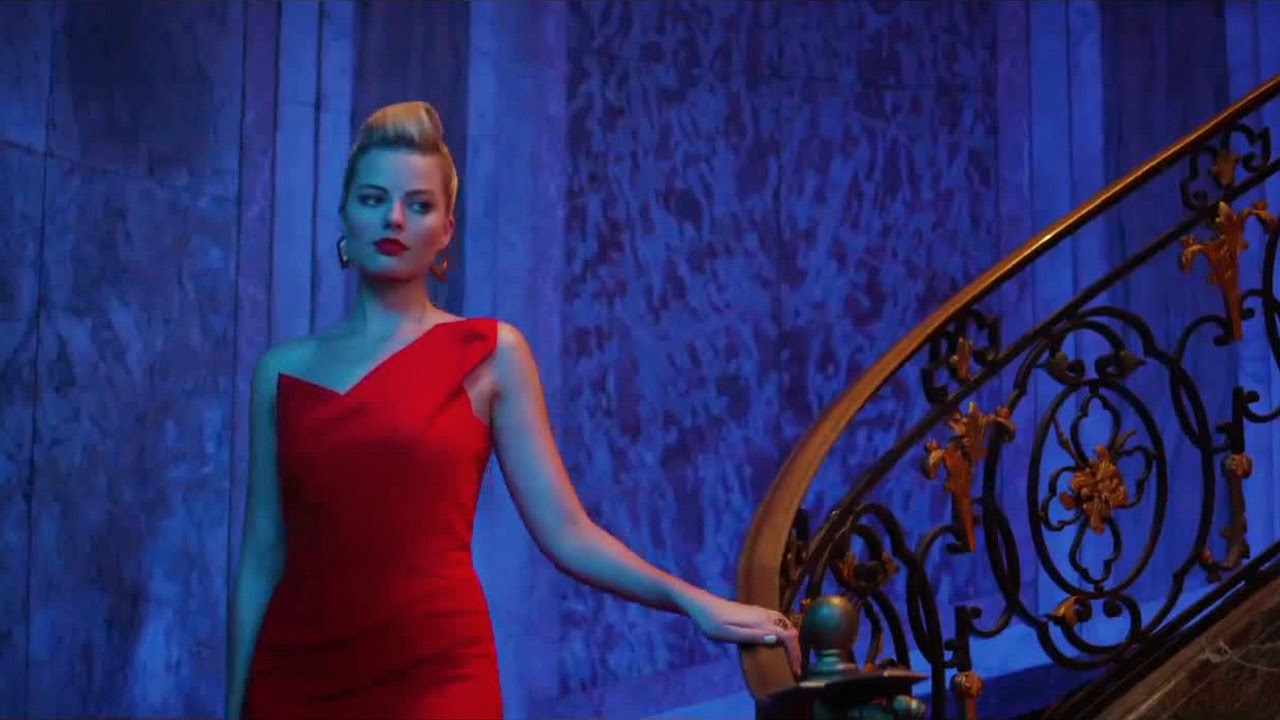 Maybe it's too early to start making generalizations about 2015, but I think we can now say without too much fear of jinxing ourselves that 2015's is the strongest winter season in just about forever, and that this inordinately strong winter has also demonstrated that we're living through a renaissance of the R-rating.  Case in point: Focus.

Now, the last two new releases reviewed in this space were Fifty Shades and Kingsman.  Simply by dint of their material, those movies kind of had to cater to an adult audience—in regards to the former, with all the prurient interest that the phrase "adult audience" suggests (though it still drew some semi-justified complaints that it wasn't porny enough), and in regards to the latter, because our society has deemed the brand of juvenilia in which it trafficks to be fit solely for grown-ups (though surely the 13 year old me would have appreciated the new Matthew Vaughn joint even more).  Each film opened on Valentine's Day, and they split the box office from their two weekends in the sun about 70/30—apparently, the moral collapse has finally arrived for America and we've taken to preferring sex to violence.

This weekend, both gave way to Focus.  Focus isn't rated R for (much) sex or (much) violence, but is rated R seemingly for no other reason except the script was written to reflect the fact that us actual human being-types use swears like "fuck" in our conversations.  It could easily have been reduced to PG-13 without much tinkering, and then beamed out to all four quadrants for their enjoyment, but it wasn't—evidently simply because no one involved felt like that was a worthwhile endeavor.  While any movie that has the weirdo perversity of Focus' fat comic relief character Farhad probably can't be deemed "mature" in any overarching sense, the existence of an enthrallingly light entertainment that doesn't also see the need to unduly censor itself is, nonetheless, a splendid surprise.

As for the future of the R-rated renaissance, there's Chappie, which will almost certainly take the coming weekend regardless of whether it's any good.  Of course, with Chappie, it probably got its R-rating because it has a nice money shot of someone's head exploding, most bodaciously, all over the frame.  I live in hope, anyhow.

No one's head explodes at all in Focus, except maybe in the audience: personally, I'm not sure if I don't understand how double-or-nothing bets work, or if the writing-directing team of Glenn Ficarra and John Requa doesn't understand how they work, or if I was just already sitting there sans skull by the time the film's first major set-piece had finished.  Honestly, the sequence is so intensely delicious that it's the last possibility that strikes me as the likeliest.  Focus is a devilishly twisty lark that exists solely to put two supremely charismatic actors in a position to engage us with a tale of complicated confidence trickery that is only remotely plausible in the glow of that supreme charisma.  It's a star vehicle of the purest kind, then, dedicated to reviving one star and creating another, and it is around their two spritely performances that all else revolves, including the preposterousness of their film's caper mechanics.  We are cordially invited to watch Will Smith and Margot Robbie on our screens, until such time as Focus deigns to end, sending us away whether we're wholly mystified, wholly satisfied, or a less-than-100% combination of the two.

Smith's Nicky is the veteran thief, con man, gambler, and low-level criminal organizer.  Robbie's Jess is the neophyte, who meets Nicky when she unwisely takes him for a mark.  She winds up taking a lesson instead, and decides that Nicky is the teacher in the art of scamming she needs.  Though he's reluctant at first, Jess' persistence pays off and Nicky takes her into his circle as a protege.  But instead of starting a law school together, the moment that she becomes more to him than just his "intern," he cuts her out of his life forever.  Of course, "forever" never means forever in movies like these, and three years later they meet again in another con, a high-stakes con, that shall—surely you've guessed—go wrong.

That's an incredibly spare description of the plot of Focus, because to allude to it any more than I already have would be to ruin its fun.  And it is fun, a great deal of fun, the sort of movie not made often enough anymore, where the point is fun.  Despite its genre's seediness, and despite the darker turns it does eventually take, Focus is an enormous blow against our 21st century's obsession with grimness and grit.  And on a visual level too: Ficarra and Requa's style is shinier than the face of God.  Xavier Grobet's cinematography and Dayna Pink's costume design each take mutual advantage of all the opportunities for gorgeous and emotionally evocative color and movement Focus' universe of wealth porn offers, and there is a surpassing moment when red bursts out against a nearly ultraviolet backdrop to underline the surprise it represents.  Further flourishes of camera virtuosity would elevate the film above its modest goals, even if the crackliness of the script and the effortless effort of its editing did not.  There is a truly superb long take that turns one of cinema's newest and most immediately-overused cliches on its head.  And there's another long take, too—far less technically complicated, but occupied with a subject no less impressive than a beloved actor returning to form after years in the wilderness. 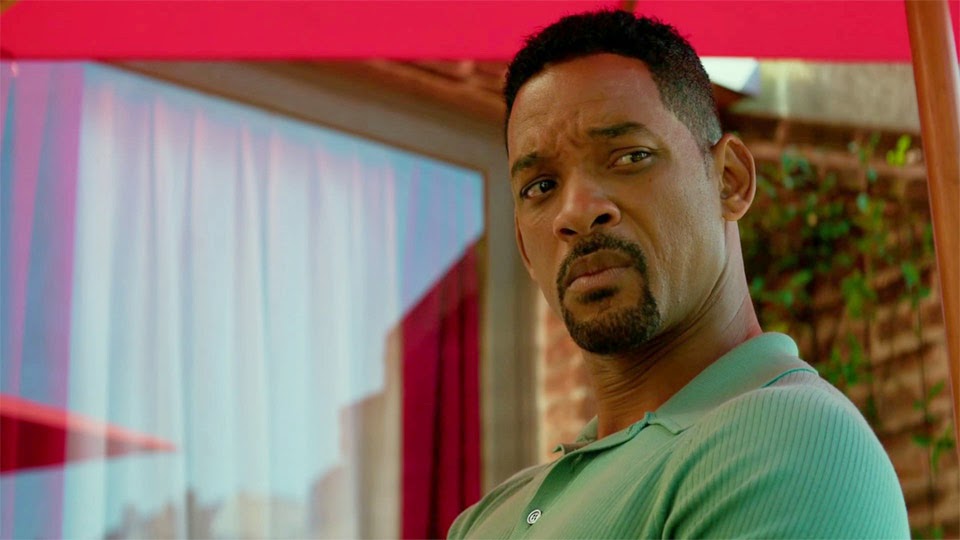 Well, I suppose I liked MIB3 just fine, and honestly he is the best part of Winter's Tale, whatever the hell that actually means.

Smith and Robbie's rapport is the magical center of the film, giving warmth and depth and believability to an already compelling and sharply-drawn conflict between two professional liars, who find in their performances a most interesting but never overbearing inquiry into whether love can exist without trust

Of course, it's too much to talk only about Smith and Robbie.  There are also other actors in the movie!  Take JD Wong, for example: he's a gambling-addicted Chinese businessman, and he is absolutely wonderful.  He serves as a beautiful audience surrogate, demanding to be lied to and conned and willing to pay the money for the sheer enjoyment of being fooled.  But only one player manages to steal whole scenes from the leads, and it's Gerald McRaney of Major Dad fame.  He's the henchman of a scummy Formula 1 operator, and he negotiates a tricky role that combines legitimate physical menace with the platonic ideal of a hilariously out-of-touch Baby Boomer.  Certainly there has not been a funnier scene so far this year—and there may not be by the time 2016 rolls around—than the one where McRaney holds court upon the subject of the "generation" of a man in his late forties, with their "Facebooks, Twitters, and texting."  And though this is—however amusing—principally a comedic interlude, I also expect that this scene may be more interesting than any other upon a rewatch.

Focus is pretty great: it's even great enough for its pacing to survive that three year gap, whereupon it essentially begins again after a thirty minute short film that just happens to be the backstory for the feature presentation.  It is also great enough that, even though a two hour plus runtime would do no favors at all to most movies of its kind, the thirty minutes that are not attached to the end of it feel all the more absent.

There's a line, early on, where Nicky explains that the "big con"—the one where you make enough money to retire—is a myth.  When the film jumps three years ahead, exactly that kind of big con is already underway, and no one is polite enough to even notice it.  The ending, even though it's wonderful, feels like the ending of a penultimate act, not the last.  Focus is a film that seems like it wants nothing more than to go huge in the very same moment that it commits irrevocably to staying small.  On one hand, I want to respect it for its lighthearted restraint—another movie might have spent half an hour being horribly serious, and I'm not sure I wanted Focus to be that movie at all—but on the other hand, however unfair this is, I still wanted something a little bit grander.  Maybe I even felt I was promised that.  (Well, I never—I got conned!)

Focus is like a meal consisting less of food than it does a couple of bottles of champagne.  It's intoxicating, while hardly filling.  Yet in the moment, the buzz is really all that matters.