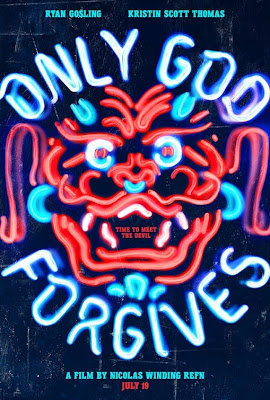 I'm sure there must be an economy in Thailand that does not involve heroin, hookers, bars, bloodsports, and crypto-colonialism, but one has to concede that the more savory aspects of Thailand are not likely to be much more inherently interesting than their American counterparts.  I suppose it's fair enough, then, that our focus in Only God Forgives is a Caucasian family who runs a fearsome smack-and-blow outfit with a kickboxing club on the side.  They rule their corner of Bangkok with an iron fist, despite having almost no local language proficiency, minimal managerial talent, and obvious impulse control problems, the latter of which kicks off the plot in grotesque fashion when the brother who does not get top billing kills a highly underage prostitute.

This indiscretion brings police attention, manifesting in the form of Chang, a cop on the edge who doesn't play by the rules.  At least I assume this is the case; the fact is that he faces no obvious official repercussions for the numerous stabbings, loppings, and exsanguinations he commits in pursuit of his duty. 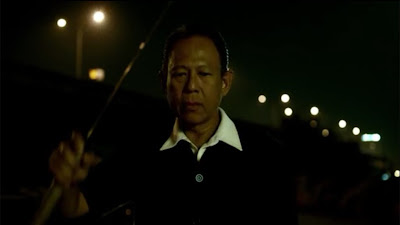 "Judge Chang, we have a situation at Peach Trees.  Respond."

I would say Chang is our protagonist, if the movie did not so vehemently disagree.  Regrettably, our actual protagonist is surviving brother Julian, played by Gosling, cutting and pasting giant swathes of his performance directly from Drive, his last and far better collaboration with Refn.  The difference is that the Driver, even if he was, as Roger Ebert said, "defined entirely by his behavior," did manage to behave in a manner recognizable as a human being.  It was never told what may or may not have wounded him, but his motivations were always clear even if left unsaid: Carey Mulligan is hot and driving is cool. 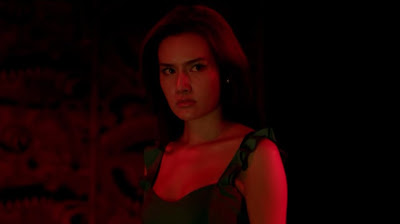 And far be it from me to suggest that Yayaying Rhatha Phongam is not hot or that kickboxing is not cool.  But it becomes abundantly clear that Julian isn't capable of doing either.

Human is not obviously what Julian is supposed to be; neither is compelling.  He's quiet, like the Driver, but I think it's because he's stupid, not because he's stoic.  I imagine, more than I was shown, that the core of the character is that he is a man trying to escape complete moral lapse.  Unfortunately, slapping women and random, friendly strangers around doesn't help get that point across very well.  Personally, I'd be happy enough with a total monster: at least Frank from Maniac wasn't dull.

So lucky for us then, when Chang has pedobro killed, and Julian lets revenge grow cold, their mother flies in from the States to directly oversee the operation.  Things go from there, and Julian occasionally does things, sometimes. 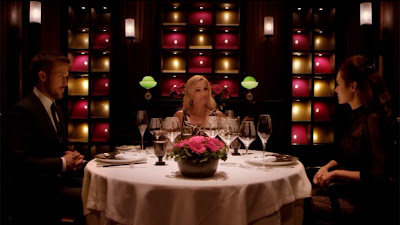 Like having his mom meet his very favorite prostitute to watch finger herself.  It goes even less well than you'd expect.

But mostly he does nothing until Revenge Plan A ends in Chang butchering everybody directly involved in the attempted hit, working his way toward game over through torture and death.

At best, you could argue for a weird subversion of our expectations as an American audience: the big star is consigned to a bit villain role, with a Thai actor you've undoubtedly never heard of as a veritable killing machine, stalking the mean streets of Bangkok.  This would be pretty cool—and Only God Forgives is credited in that they give almost as much screentime to Pansignarm's deliberate acting stlyings as they do to Gosling's staring into space—but unfortunately this is not the movie they made.  The story, such as it is, is Julian's; and the film lives in large part inside Julian's head. 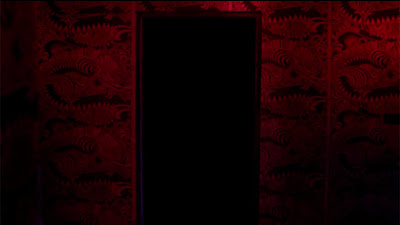 No one is going to write essays about what it represents.

And by "in large part" I mean it reaches feature length largely on the merit of Julian's fantasies, particularly his visions of the swordsman of justice. 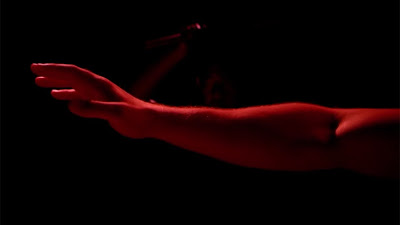 I guess I busted too soon with my Prince of Darkness reference last week.

"From the beginning, I had the idea of a thriller produced as a western, all in the Far East, and with a modern cowboy hero," Refn told Liberation of his new film back in March 2012.  Well, 2013 is here, and success!  Julian reminded me of none other than the most up-to-date cowboy hero we've got; and as a badly paced revenge film with a milquetoast avenger, Only God Forgives is every inch the arthouse Lone Ranger it wanted to be. 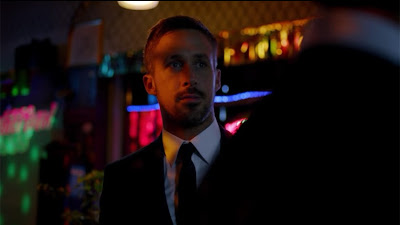 However, just like John Reid, when Julian does do anything, he does it hilariously ineptly, too. 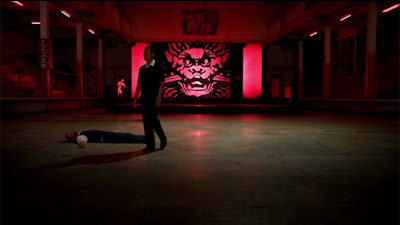 "I apologize.  I didn't realize you were only taking a survey."

Of course, this movie is still better.  For one, it's much shorter than The Lone Ranger.  For two, Only God Forgives has a real saving grace in its audiovisual presentation.  It is remarkably beautifully photographed, especially if you like the color red (and I do).  We can thank cinematographer Larry Smith, who's done work here and there but whose most important preparation for this job was likely his work as a lighting cameraman on Eyes Wide Shut.

Pretty bitchin' visuals come with a pretty bitchin' synth score, from Cliff Martinez, another Drive collaborator.  He does even better work here.

The upshot of this is, if you are going to see Only God Forgives, do it in a theater, or if at home, wait till when the Blu Ray comes out.  It still looks okay as a VOD with a blecchy Internet connection, but there's no reason to see this twice, and accordingly I'll have to accept that I didn't get to see the many beautiful shots in this movie in the most beautiful presentation possible.

But do you really need to watch it even once?  Well, prettiness notwithstanding, nope.  The question I have to ask is, "What is this dumb movie?"  Well, the opening and closing credits of Only God Forgives are emblazoned on the screen in Thai script for no reason except it looks cool.  The hero antagonist of the movie is a man with a sword who can kill and maim at a whim with legal impunity.  He also wears only one set of clothes for the entire movie, like a superhero.  Set against him is a gleefully gross Kristin Scott Thomas playing a preposterous supervillain who probably has had sex with her sons.  There's a kickboxing match that happens because, like, fighting, dude.  Chang sings a lot of karaoke between executions. 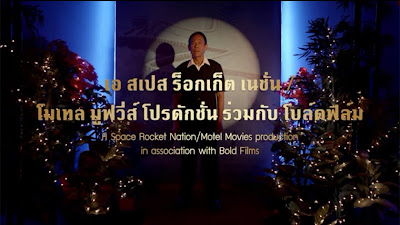 The unavoidable answer is that it's a hardcore B-movie with A-movie personnel that thinks this alone is enough to justify its existence.  It never fully gives into its awesome nature, being too interiored to Julian's lame character to just let breathe all the entertaingly silly things happening outside his empty head.  It's as if the goal were to make a movie that Quentin Tarantino could have plotted out and that Stanley Kubrick could have directed, but, even if not for want of raw talent, the results of the attempt were vastly lesser than anything by either.  Who knows what caused this pretentious Thaisploitation film to come into being, but what it needed was more M. Bison.