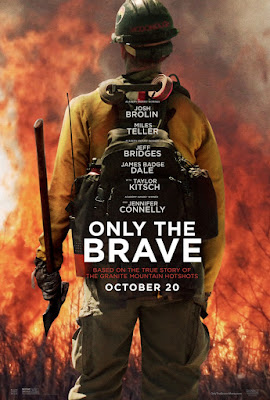 ONLY THE BRAVE
2017
Directed by Joseph Kosinki
Written by Ken Nolan and Eric Warren Singer (based on the GQ article "No Exit" by Sean Flynn)
Spoilers: moderate