Reviews from gulag: Yes, it's early in the year to be falling behind

It turns out influenza is real, and not merely a historical anecdote, and can be profitably compared to a hangover that lasts a week and a half.  If I feel better now, I think the lion's share of the credit goes to the 4K release of Aquaman.  However, before I got sick, I watched not one but two piece of shit new-release movies, and I might as well log the stupid things while they still maintain their tenuous grip on my memory.  So!  Here's some short(ish) reviews of 2019's Greta and The Wandering Earth. 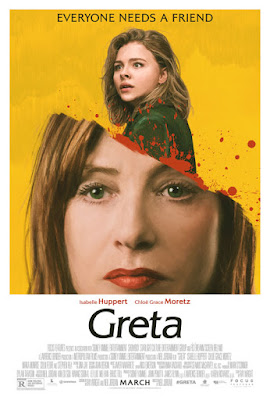 GRETA (Neil Jordan)
Greta is probably not the least fun version of itself it could possibly be, yet, ironically, it's hard to imagine it going any worse than it did without it becoming more enjoyable in the process, either by being actually enjoyable-on-purpose, which is self-explanatory, or by going completely batshit crazy, and therefore becoming enjoyable-on-accident.  Instead, it aims directly for mediocrity and gets stuck beneath it: it is the very ideal of slick, bland, indifferent semi-competence, as applied to a pair of genres that by their nature were never going to reward any of those things.  Greta, of course, stands astride two equally disreputable forms: in plot, it's a 90s-style stalker thriller that gradually (and very inelegantly) shades into the plot of a 90s-style serial killer thriller; yet it's a 90s-style thriller that's been pitched in the register of full-on post-Golden Age hagsploitation, taking on a famous and good actress of advancing years and giving her a howling psychopath to play with.  And, look, I know I'm making it sound good.  But that's the baffling pity of Greta: it really ought to be at least kind of great, and it should have been really easy. 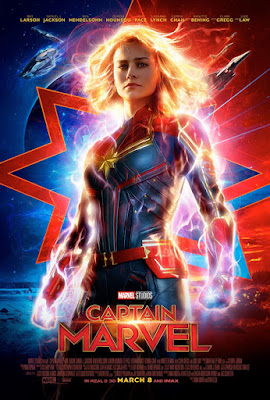 Individually powerful (and, I suppose, empowering) moments abound in Captain Marvel's matrix of not-quite-thereness, and the successes and failures alike will stick with you.

Read more »
Posted by Hunter Allen at 8:29 PM No comments:

Reviews from gulag: My family's slave 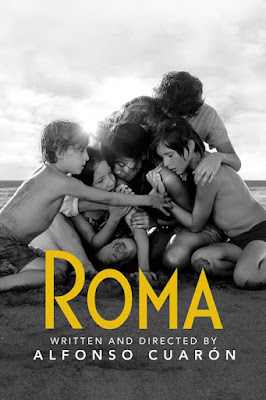 I am not happy that Green Book won Best Picture at the 91st Academy Awards.  I can't be unhappy about it, at least not honestly—I'm pretty sure I would be unhappy, but I have not seen Green Book, and have no particular desire to, outside of the possibility that watching Aragorn getting fat and eating fried chicken for two straight hours might be amusing.  Even so, I can't imagine it was anywhere close to 2018's best picture.

Nevertheless, Green Book winning does have one nice silver lining: it means Alfonso Cuarón's Netflix-distributed Roma did not.  I did watch Roma; I can hate it.  I don't hate it for the reasons Steven Spielberg apparently hates it—helping push Green Book to its Oscar win and presently trying his level best to have Netflix banned from Academy Award consideration—for the great filmmaker has never been more petty and out-of-touch in his motivations, nor, I'm sad to say, more on the wrong side of history, even if "Netflix" and "movie" in the same sentence don't conjure the most pleasant cinematic expectations, and even if there are many valid reasons to be suspicious of Netflix that don't involve giving a shit about movie theaters.