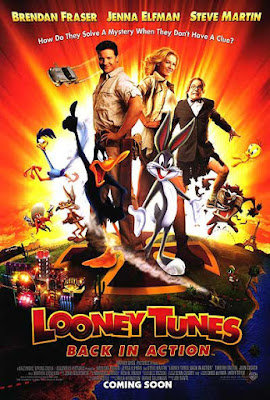 LOONEY TUNES: BACK IN ACTION

A lot of good jokes, an obvious respect for the legacy of the characters being exploited, and one overwhelmingly great centerpiece sequence more than balance out all the parts that make you groan (even if there are a lot of those, too). 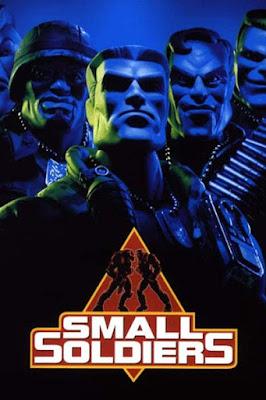 Kids love social commentary, right?  Maybe not, but that doesn't mean we can't, while still appreciating Small Soldiers' finer points, like its comedy, its violence, its comedic violence, and (especially) its swerves into bona fide, no-kidding horror.

Joe Dante, part XI: Or how I learned to stop worrying and love the mant 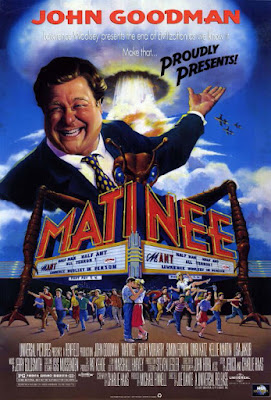 Our director tells a story of childish things, and makes the case for why they don't need to be put away.

Read more »
Posted by Hunter Allen at 8:03 PM No comments:

If I had the chance, I'd ask the world to dance 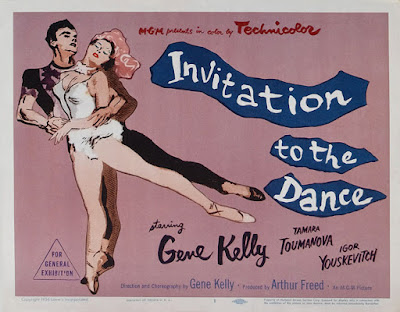 INVITATION TO THE DANCE

If every musical of the 1950s winds up turning into a pretentious art film for ten or twenty minutes, what would happen if a musical was simply conceived as a pretentious art film from the start?  That's the experiment Gene Kelly ran when he made Invitation to the Dance, and the results, while mixed, suggest that Kelly's opus deserves a higher profile amongst its brethren musicals than the near-obscurity which, sadly, it actually enjoys.

1952/1956
Directed by, choreographed by, and starring Gene Kelly 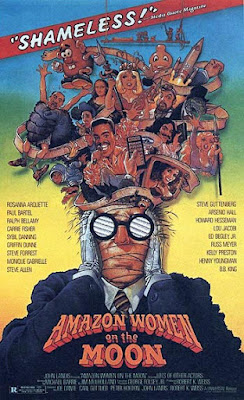 AMAZON WOMEN ON THE MOON

An inoffensive, indeed, often-pleasing curio from the deepest parts of the 1980s.

1987
Directed by John Landis, Carl Gottlieb, Peter Hoton, Robert K. Weiss, and Joe Dante
Written by Michael Barrie and Jim Mulholland
With "lots of actors," according to the opening title card, and I imagine you feel like reading a four-line list of performers almost as much as I feel like writing it