Reviews from gulag: And 2019's still stinking up the place, part 2

In this installment: Knives Out, Ready Or Not, and Black Christmas. 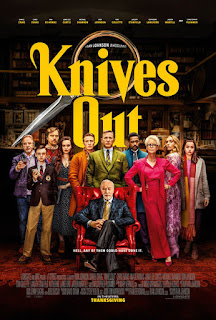 KNIVES OUT
I mean, yeah: 2019 was definitely the year of Me Not Getting It.  But "not getting it" seems like an awfully weird sentiment to voice about Rian Johnson's Knives Out, which is mercilessly obvious in the "it" it intends you to get, while simultaneously committing (hell, if you listen to critics, you'd think Johnson had signed a pledge or something) to being the proverbial fun time at the movies.  It's not even not a fun time.  It's more like 130 minutes is a long span to spend having its particular brand of a fun time, much of which is dedicated to the overfreighting of a theme (singular) that still winds up slightly-incoherently expressed, and to a structure that spends the first half hour unproductively faking you out regarding the movie you're here to enjoy.  I mean, at bottom, it's basically an episode of Monk, right?  One of the ones where you know the broad shape of the crime but are left in the dark as to the rest?  What's so hard about that?  Heck, that would be great, I love Monk, except Knives Out is more than three times as long, still with roughly the same amount of content, and the Poirotish super-detective it showcases (I like Poirot too) is almost entirely uninteresting, just in and of himself.  It must be said: that this may start a franchise, and may have been intended to start a franchise—a franchise revolving around Benoit "CSI KFC" Blanc (Daniel Craig, and yes, these are the jokes, folks)—remains the most insoluble puzzle of the tale. 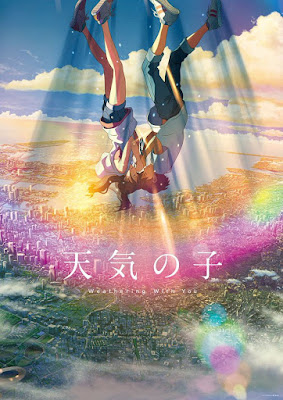 WEATHERING WITH YOU
aka Tenki no Ko (Weather's Child)

Chalk another one up for the most important animator working today, even if it's not as good as his other masterpieces.

2019
Written and directed by Makoto Shinkai 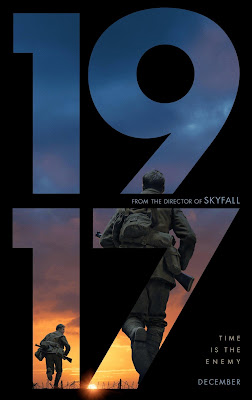 A technical juggernaut, 1917 nevertheless finds the soul beneath its spectacle and justifies itself, in every frame, as the death dream of a world lost in the trenches a century ago.

Read more »
Posted by Hunter Allen at 7:51 AM No comments:

Reviews from gulag: And 2019's still stinking up the place, part 1

Happy (belated) New Year!  Before we get started with 2020, there's still a lot of debris to clear out from 2019.  In this installment: In Fabric, Scary Stories to Tell in the Dark, and 47 Meters Down: Uncaged. 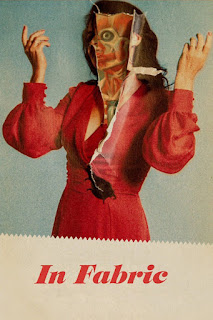 IN FABRIC
The Duke of Burgundy, Peter Strickland's second feature, was one of my ten favorite films of 2015.  Hell, it was one of my eight favorite films.  That's a lower bar than it would usually be—2015, as a cinematic year, has been exceeded in its lousy mediocrity only by the year that's just passed—but it's still a sign of some modest excellence to have cleared it, and I think it's a pretty great movie, an art-horror romance ribboned with surrealistic and absurdist touches that still has a real, genuinely emotional story of relationship dysfunction to tell beneath the opaque glaze of 70s-nostalgic Europastiche that represents its director's preferred, and only, mode of artistic expression.  In Fabric, Strickland's follow-up to The Duke of Burgundy, is rather more the follow-up you might've expected from Berberian Sound Studio, his first film.  That is, it's an ultimately-tiresome exercise in pursuing his various aesthetic interests which, in Strickland's conciliatory gesture toward his film being about something, or anything—and, in fairness, this does put it miles ahead of Sound Studio—winds up being about an absolute shitload of "somethings," which all add up to far less than the sum of their parts by the end. 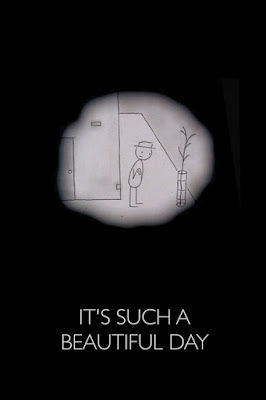 IT'S SUCH A BEAUTIFUL DAY

Very probably the apex of all independent animation, Don Hertzfeldt's greatest work is one of the greatest things ever.

2012
Written and directed by Don Hertzfeldt

Read more »
Posted by Hunter Allen at 4:52 PM No comments: