Hard to be a god 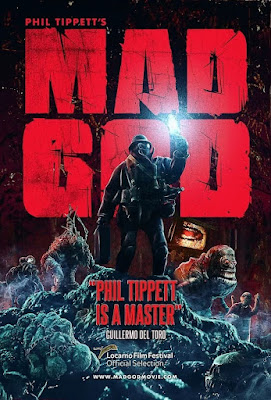 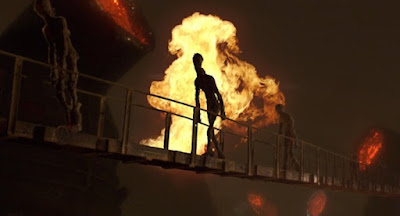 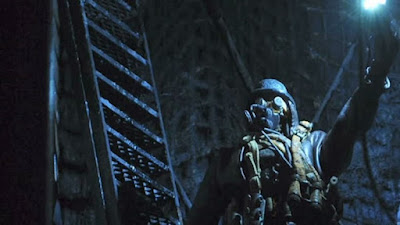 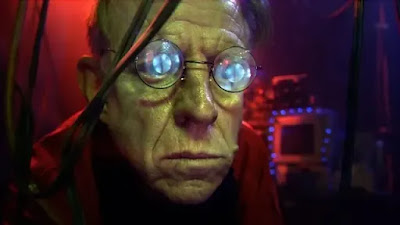 A lot of this middle feels like an unfortunate necessity just to pad the film out to a feature length (it still runs only 83 minutes), and while it potentially has some benefit in blurring the lines between the surface world and the infernal one—something that, even so, was pretty implicit already—and the WWI pastiche it gets up to isn't as-such bad, the film starts to deflate here and nothing stops it for a while.  The overbearing mad invention is just gone, replaced with imagery that is in every instance less sophisticated, less baroque, less apt to make you puke, and constructed with vastly fewer moving parts—literally, in that the sequences in Tippett's multi-tiered hell are visually busy with constant motion, inviting you to scan the foreground, midground, and background in a vain attempt to take in every gruesome detail, whereas this middle section is defined as much as anything by an action figure driving a toy car through a desert on what is obviously Tippett's tabletop.  (They are, in particular, much less elaborately-lit, and lighting effects have been one of the "how did he even do that?" calling cards of the film as a work of meticulous top-of-the-line craft.)  Oh, and it's a very minor thing, but as far as the live-action stuff here goes, Tippett may be a master animator but his digital compositing of live-action elements is about at the level of a YouTuber.
It finds its way back (not coincidentally, by picking up exactly where the first "act" had left off), and the arcane sensation of not knowing what the fuck is happening, but being somehow certain some malign purpose is still being pursued, comes roaring back.  And this is true even though what is happening is much quieter and more melancholy than what came beforehand.  This is where the trippy psychedelia comes into play (itself perhaps a "get this up to a feature" effort, but a far more credible one), as the result of some wizard, working on behalf of some demon (I don't know, man, I'm approximating), and while there's none of the wide-open deeply-staged horror of the first sequence and the stop-motion animation itself is, perhaps, less exacting (the demon doesn't walk; it hovers) the wizard's icky lair does manage to offer what a "domestic space" would look like within this hell's aesthetic.
So there's a bit of a gaping hole in the middle, and for all that I like the finale, there is almost no denying it peaks early.  But we can spot an experiment its little failures when its core mission is this thoroughly fulfilled.  Tippett set out to hold a black mirror up to existence and good God did he succeed.  The film he made is unfit for human consumption.  I can't wait to subject myself to it again.
Score: 9/10
Posted by Hunter Allen at 5:27 AM