Dispassionately and exactingly ranking the films of Christopher Nolan by their utilitarian value, nos. 9-7 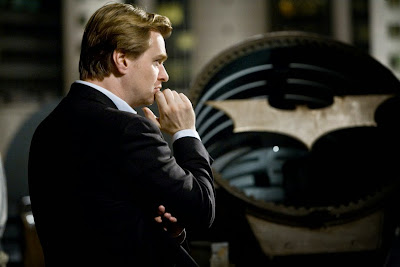 The Internet asks, "Is Christopher Nolan the greatest director alive?"  And the answer is, "No, of course he's not.  Are you high?"  But if the question were, instead, "Is Chris Nolan the most consistently excellent director working today?", there are nine films to consider, and the answer might be quite different.  (Okay, the point is, I marathoned his movies, and now you're just going to have to deal with it.) 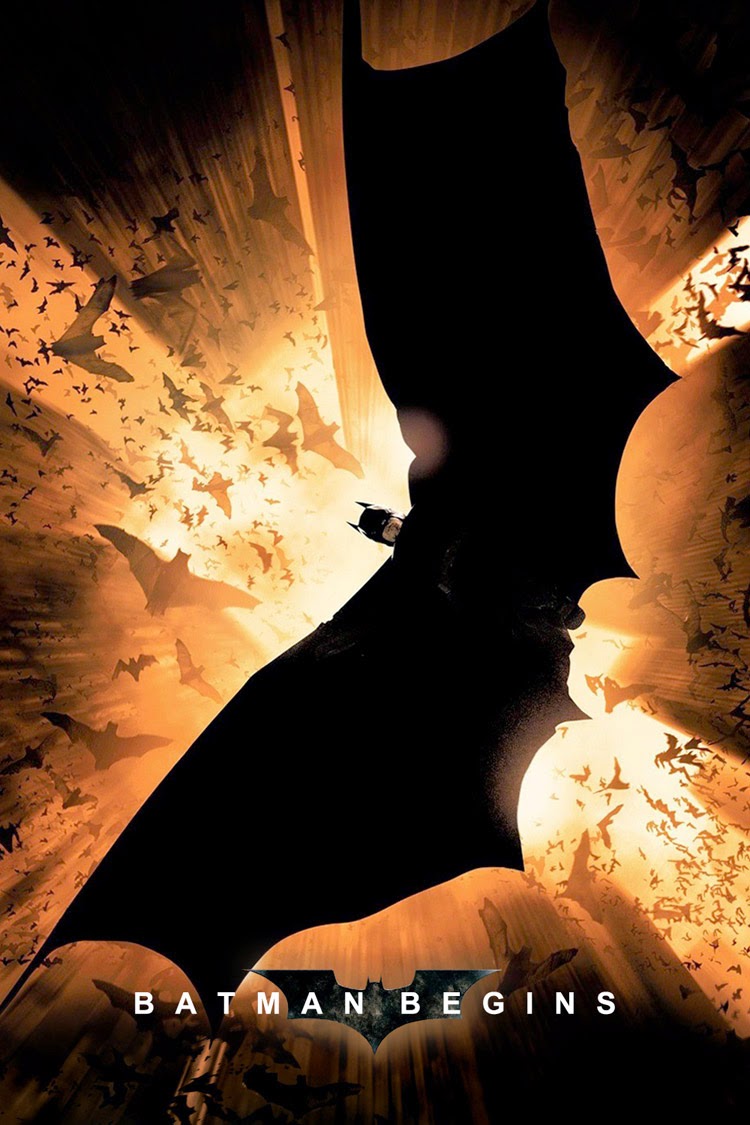 9.  BATMAN BEGINS
Rich orphan Bruce Wayne is sad, so he punches poor people and evil ethnics in order to feel less sad.  It does work, but probably not half as well as the sex-and-drugs lifestyle he's given up in order to be an interesting fictional character.

Frank Miller and David Mazzucchelli's Batman: Year One is just a great comic book.  It's an elegantly simple story, with elegantly simple art, and it's about two men who, separately, have decided to take on the job of redeeming Gotham City from the mobsters and corruption that have ensared it.  Batman Begins sees fit to dispense with pretty much every last bit of that crap, and the only thing the Nolan brothers and David Goyer thought was really interesting was the part where Bruce summons an army of bats to fight a SWAT team. This is the dumbest part of the comic.  Even the insane shock value this scene has in the comic, the whole reason it's there, is muted in the movie, since Batman Begins began silly already, and will get sillier still.

Nolan's Batman came in the wake of the franchise-destroying camp excess of poor old Joel Schumacher's Batman Forever (an underrated flick) and Batman and Robin (underrated in the sense it is not, literally, the worst film ever made).  The understandable reaction was to hew toward "realism."  Yet it's unclear to what extent Nolan and Friends were ever consciously aware of those necessary scare quotes.  The "realism" in Begins, and indeed throughout the Dark Knight films, is all surfaces—handheld shooting, quick-cutting, and Chitown physicality.  The only substance on offer is that no one, nominally, has superpowers.  Even without them, what winds up being accomplished in the name of realism remains as preposterously cartoonish as anything Schumacher did, simply more in line with the grim-and-gritty movement of post-9/11 America.  Along with its even more punishing sequel, Begins turned that movement into a crushing cultural wave.  Thank God for Iron Man.

Not that Begins doesn't have its moments: the undeniable highlight of the film is Cillian Murphy's performance as Jonathan Crane, which seems to come out of another, better film entirely.  It's no mistake that Murphy returns in both sequels.  Indeed, he's so good that he makes you wish that Liam Neeson would just go away—maybe Christian Bale too—and just let the film become the bitchin' DCU-inspired horror picture Murphy wants it to be.  If WB is listening: there is still time for Scarecrow.

Still, there must be something beyond Murphy's contributions that keeps drawing me back to Nolan's Bat-movies, even this one, despite all my keenly-felt distaste.  I just can't put my finger on what it is.  It sounds like a job for some kind of great detective—but I just became extremely depressed, upon realizing that this is the closest they'll ever come to making a Batman movie about actually solving a mystery.

Begins is handily the least essential Nolan film to watch—it's barely good and you could walk into The Dark Knight cold and be absolutely fine—but it may be his most personally important.  It put him on the path to such a rarefied directorial superstardom that even normal human beings, rather than just film nerds, know his name.  His position as one of 21st Century Hollywood's very biggest directors was solidified with the sequel, yes; but this is where Nolan, blockbuster auteur, begins.

(It's also where a never-ending series of collaborations with Hans Zimmer begins.  Yay?) 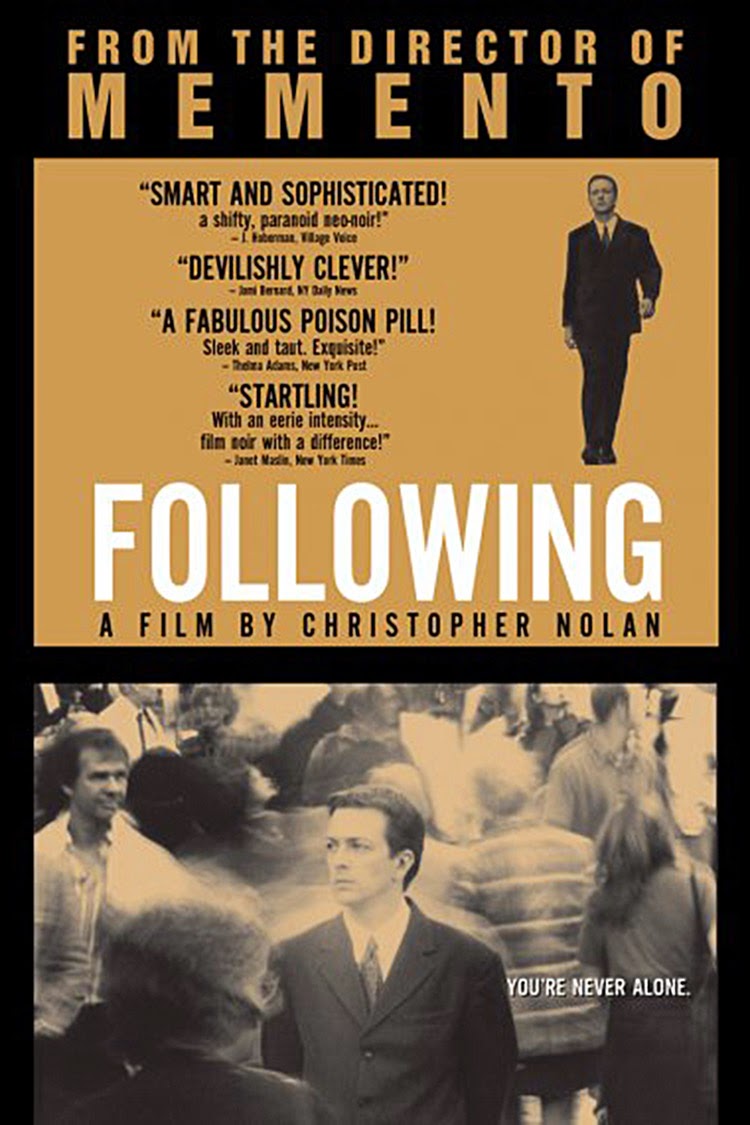 8.  FOLLOWING
A struggling writer seeks inspiration by following people.  Things take a turn for the worse when, shockingly, one of them turns out to actually be interesting.

Following initially presents as a sort of microscopic-scale character study, with big ideas about alienation and anonymity coolly congealing right below its surface.  Then, in a flash, it's Double fucking Indemnity, except emphatically dumber.  It's really difficult to say whether or not this is the best thing Following could have been.

But what has to be acknowledged is that while Following is not, technically, a student film, for all intents and purposes it is totally a student film, made by Chris Nolan and his buds on a budget that makes Clerks look like The Ten Commandments.  Attempting to deep-dive into psychological complexities is, I imagine, the usual domain of the student film—in fact, I wouldn't really know, as I went to regular school then law school, but it is the stereotype, and it seems likely, given that "psychological complexity" is both cheap and pretentious.  If this is the case, it almost certainly shouldn't be, since 20somethings somewhat naive to life and wholly naive to filmmaking should probably stay away from it, as the hardest thing in the whole world is to make an interesting movie about people.  Thus Nolan's decision—to make a gonzo film noir instead—seems credited.

In fact, Following is the least bolted-down entry in Nolan's whole body of work, everyone involved seemingly aware of how silly it is but having a blast with it regardless.  It's so bereft of Nolan's typical pomp, as well as what would soon become his typical bloated circumstance, that even though it's about broken people betraying and murdering each other, it's easily his single lightest film.

The signal aspect of Following, however—and its most characteristically Nolanesque—is its cut-up narrative.  He's not quite flawless at it yet, and you walk away half-certain it was a pointless gimmick.  Yet, he's undeniably competent at it, shockingly so for a debut feature.  Serving as a fine ally to the suspense, Following's non-linearity is not quite useless, either.  Above all, Following taught Nolan how to use unconventional structure, and why.  He learned he was good at building stories that mechanically work despite this sort of structural fuckery.  More importantly, though, he learned that without a good reason for it, it seems artificial, meaningless, even empty.  In every one of his movies since, where manipulation of the flow of time has been an important aspect of the structure, he has grounded it solidly in the emotional flow of the film—if not literalizing it entirely, as an integral part of the story itself.  It's thanks to Nolan's first film that his second film could be Memento.  And that's when things get interesting—but, in the spirit of non-linear storytelling, I guess let's talk some more about Batman instead. 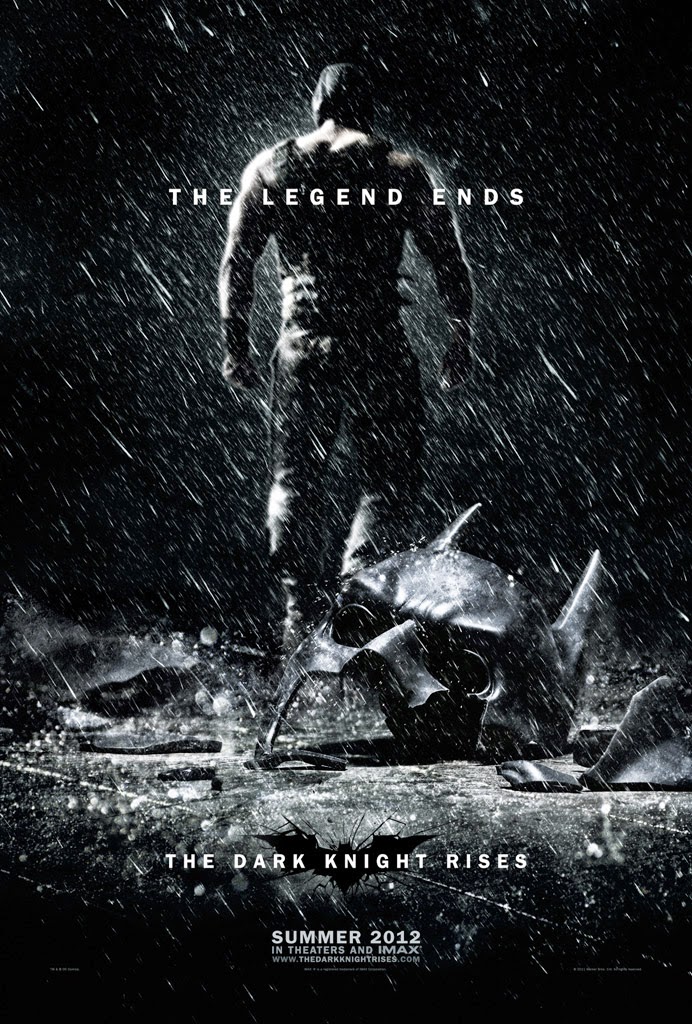 7.  THE DARK KNIGHT RISES
Eight years after the events of The Dark Knight, Batman has retired from crimefighting, physically beaten and spiritually exhausted.  But one day, a fellow called Bane comes into his life and shakes him out of his dull routine.

But is Rises a disappointment?  An immense one, to say the least.  The difference between the half-obnoxious version of Rises that exists and the truly great movie it could have been is tiny.  One small shift in premise here, a deletion of a completely unnecessary character and her accompanying "plot twist" there—and Rises becomes an infinitely satisfying conclusion to Nolan's trilogy.  You see, every problem with Rises ultimately boils down to its treatment of Bane, Batman's greatest foe.  It is known that the struggle between Batman and Bane is worth exactly one story, called Knightfall.  But his diminished returns on every repeat appearance don't matter.  What matters is that this is the man who deduced the secret identity of the Dark Knight Detective, who wore him down with a gauntlet of lesser enemies, and who, in the end, broke the Bat.  Do that right, and everything else is just details.  And Rises, for all its many sins, at least approaches a recognizable version of that indelible moment.  Plus, Tom Hardy is just spectacular.  They made fun of his voice—I love that voice!

The problem is that the details, when there's enough of them, matter too.  In every regard but his physical prowess, Bane is a poser in Rises: he's not a revolutionary; he's not even a mastermind.  As a result he's reduced to nothing but a heap of muscles and iconic line delivery.  Worse, nothing that he's done has mattered—nor does it even make a great deal of sense.  It's like a fear of success paralyzed the Nolans and Goyer.  Everyone told them they couldn't do better than Heath Ledger's Joker, so they didn't even try.

I still could have sort of loved Rises, if it had at least had the sheer guts to be everything that it appears to be—namely, the grotesquely reactionary statement that says that all poors are fools, their leaders all vile imposters, and as bad as the rich and mighty are, they're the only ones standing between us and chaos.  I mean, fuck it, let's go for the gusto, you fascists.

But, of course, it's not even that.  Thus do revolutionary slogans become trailer lines.  Thus do deep themes of aging and inequality and morality get lost in the shuffle, as if no one cared, because they didn't.  Thus do images of impoverished anguish braced against opulence become no more than lazy production design, the backdrop to an ordinary case of superheroic storm and thunder.

I like superheroic storm and thunder, though.  And there is something of the epic to Rises.  It's all of the cosmetically epic, to be sure, for Rises is hollow all the way to the core.  Yet it's certainly gratifying enough as the abject junk food it unerringly seeks to be, even while it so preciously pretends that it's not.

Email ThisBlogThis!Share to TwitterShare to FacebookShare to Pinterest
Labels: 1998, 2005, 2012, 5/10, 6/10, Christopher Nolan, true artists are still just pieces of meat like you or I