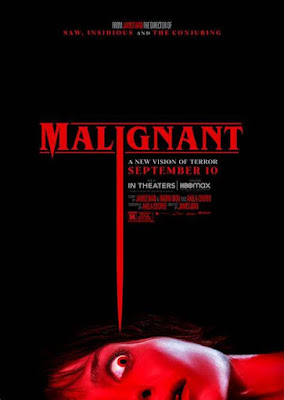 MALIGNANT
2021
Directed by James Wan
Written by Ingrid Bisu, Akela Cooper, and James Wan
Spoiler alert: the determination of a spoiler warning is a subjective exercise, of course, but I will assert "moderate"