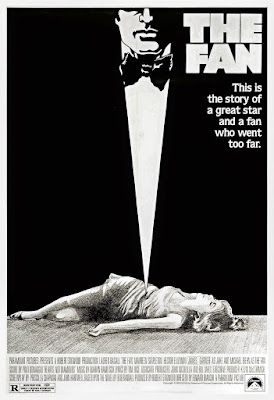 Halloween might be cancelled, but it's still October, and that means it's time again for the peanut butter and chocolate we call The Switcheroo, with Brennan Klein of Popcorn Culture and Alternate Ending doing my weird, gross, nostalgic 1950s sci-fi thing for a spell, whilst I do some nice, wholesome slashers from the brightest days of the 1980s.
THE FAN
1981
Directed by Ed Bianchi
Written by Priscilla Chapman and John Hartman
Spoiler alert: moderate 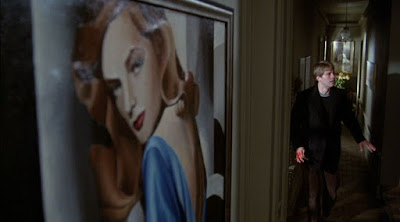 The Fan is classy, and that's both its best reason for existing, and maybe its downfall.  It's the kind of slasher that makes you wait over an hour before a kill is confirmed (it makes you wait about forty minutes before the first act of overt violence is even committed).  It fancies itself to be about mood, and characters—goodness, maybe even real themes and issues.  But it doesn't just suppose itself to be classy.  It genuinely is.  It was a real A production, in fact, with the kind of budget that if (say) Tom Savini had gotten ahold of it, he'd probably have come up with stuff so convincing and obscene that it would've had the production investigated for actual murder.  (I believe its $9 million budget makes it the priciest slasher of the whole decade.)  Anyway, Dick Smith is no joke on makeup himself—well, usually—but I can't imagine a lot of that money went to him here.  It's not that kind of movie.
Presumably, that budget instead went to securing a lot more A talent besides just a makeup artist they barely bothered using.  It was shot by Dick Bush.  It was scored by Pino Donaggio.  I've buried the lede: it stars Lauren Bacall.  For that matter, it co-stars James Garner, and even small supporting roles are often filled out by recognizable faces, like Hector Elizondo and Maureen Stapleton—even Griffin Dunne's here, for some reason, and I wasn't just imagining him like a common American werewolf.  The villain is Michael Biehn, which, fair, would only mean something a little later (is Halloween "classy" because of Jamie Lee Curtis? a little bit more than it would be otherwise).  It had a music budget too.  It was produced by Robert Stigwood, of Grease and Saturday Night Fever fame, and so, besides the novelty of at least one recognizable pop song, it has original songs, by Maurice fucking Hamlisch and Tim fucking Rice.  Are we even sure it's a slasher?  It is, and takes forever to prove it, but to the extent the film has a thesis, it's to lock 1980s slasher sleaze and Old Hollywood class in a cage together, to see what happens when they fight. 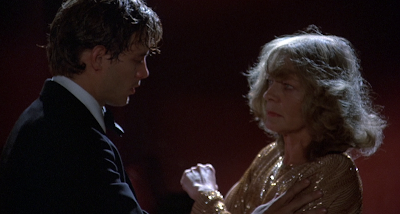 It does not prosecute this thesis all that well, unfortunately.  Often, it doesn't seem entirely conscious of it, and maybe that's what happens when you get Bush, Donaggio, Bacall, Garner, et al, et al, and put them all under a first-time director who is known solely for this very film, i.e. for the movie easily confused with other movies by the same title, particularly the Robert De Niro one, which seems correct, since The Fan is effectively The King of Comedy without the commentary.  But that thesis does come out in extremis, particularly in a final girl ("girl") sequence that's pretty shit in every other regard but nevertheless concludes with an unforgettably steely Bacall, standing in for a whole vanished cinematic culture, daring her nemesis to go ahead and strike her down, because she's already achieved the immortality her enemy could only dream about.  It did not keep Bacall from thinking the movie was trash, however, not that it's really worlds away in substance from the pictures that made her name.  It probably just seems that way because they were old and she was young.  Oh, and nobody got their throat slit while giving somebody head in them.  So, "classy" in scarequotes, maybe.
The Fan, then, revolves around the obsessions of an increasingly-unstable young man, Douglas Breen (Biehn), whose love for old movies has gone a little overboard.  The focus for his love is one Golden Age actress in particular, Sally Ross (Bacall), whose Hollywood heydey was thirty years ago, but who's kept herself at least somewhat busy as she explores the other side of middle age.  She's living in New York now, alone as a result of her divorce from fellow actor Jake Berman (Garner), and attended mostly by just her put-upon secretary, Belle (Stapleton).  Nonetheless, Sally was big enough she can still be sought after, not least by the producers of a stage musical that we don't get a lot of details about, though it appears to be a bit of camp about an aging sex symbol still having it.  Lately, Douglas has taken to sending his idol letters—very explicit letters, and letters that, obviously, she never reads in the first place (that's Belle's job)—but Douglas takes exception to such hands-off treatment, because, after all, he's not a fan, he's the fan.  He loves Sally, and they are meant to be together.  It's not that long (in geological terms, it's an eyeblink!) before Douglas decides to make his existence much harder to ignore, and the first to be punished is the secretary who was so rude to him in her replies.  Mangling the poor woman with a straight razor, now begins Douglas's reign of terror against everyone standing between his and Sally's destiny—though when he finally arrives upon the object of his affections, who knows what horrible things he'll do to her.
This escalates naturally.  By this I mean it escalates slowly, and it's easy to imagine that somebody fancied this a psychological study.  In theory, Douglas Breen is one of those vanishingly rare slasher psychos, who doesn't start out fully formed as an agent of terror; certainly, part of the class-adjacent tone that The Fan attempts to strike is how it follows its villain as he gets worse.  In reality, there is nothing but inevitability to Douglas—the creepy stalker monotone that Biehn uses to narrate Douglas's latest letter over the opening credits is pretty much his whole performance (a bit of a disappointment coming from Biehn, to be honest), though there's something to be said for Biehn maintaining very nearly the same loopy, inhuman cadence as his letters shift from (comparatively) respectful erotic fanfic to "Dear bitch, see how accessible you are?  How would you like to be fucked with a meat cleaver?"  It allows for a certain suspense, as Sally and company go about their fairly undramatic business.  But mostly it just feels like a movie biding its time for no reason at all, since it definitely isn't biding its time in order to get us inside Douglas's head. 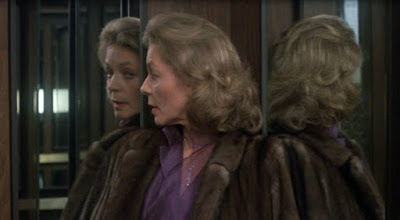 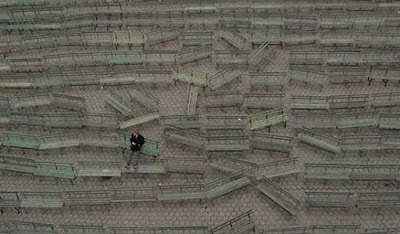 Champion Dialogue: "Look, how long have we been together?"  "Seven years.  I must be masochist."  "And I'm a spoiled bitch."  "One of the greatest."
Body Count: 5, including the killer, plus 2 aggravated assaults for some reason
1. Belle is slashed across the face
2. David is slashed in the pool
3. Elsa (Feiga Martinez) is cut on the boobs of her jacket, and presumably dies from something else offscreen
4. The poor fellow that Douglas cruises in a bar (Terence Marinan), and whom he plans on using to fake his death, has his throat cut while giving Douglas a blowjob
5. Hilda (Parker McCormick), Sally's costume designer, is stabbed
6. Pop (Robert Weil), Sally's stage manager, is stabbed
7. Douglas has his own blade forced into his neck by Sally
TL;DR: The Fan is a fairly effective backstage drama about an old actress and her ex-husband, and while it's very good for a slasher, or even just a thriller, to do something besides slashings and thrills, it does leave you wanting more.
Score: 6/10
THE OLD SWITCHEROO!
Brennan's Cardboard Science
2014:  Invaders From Mars  (1953) The Day the Earth Stood Still Them!
2015:  The Giant Claw   It Came From Beneath the Sea  The Brain From Planet Arous
2016:  Invasion of the Body Snatchers  Godzilla (1954)  The Beginning of the End
2017:  It Conquered the World  I Married a Monster From Outer Space  Forbidden Planet
2018: The Fly  Attack of the 50 Ft. Woman  Fiend Without a Face
2019: Mysterious Island  Robinson Crusoe On Mars  Plan 9 From Outer Space
2020: The Colossus of New York  It Came From Outer Space  Rodan
My Census Bloodbath
2014:  My Bloody Valentine (1981)  Pieces  The Burning
2015:  Terror Train  The House on Sorority Row   Killer Party
2016:  The Initiation  Chopping Mall   I, Madman
2017:  Slumber Party Massacre   Hello Mary Lou: Prom Night II   Happy Birthday to Me
2018: The Prowler  Slumber Party Massacre II   Death Spa
2019: Phantom of the Mall: Eric's Revenge  Psycho III  Stage Fright: Aquarius
2020: Night School (1981) The Fan (1981) Madhouse (1981)
Posted by Hunter Allen at 7:59 PM