Are nuclear reactors connected to the Internet, and, if so, why? 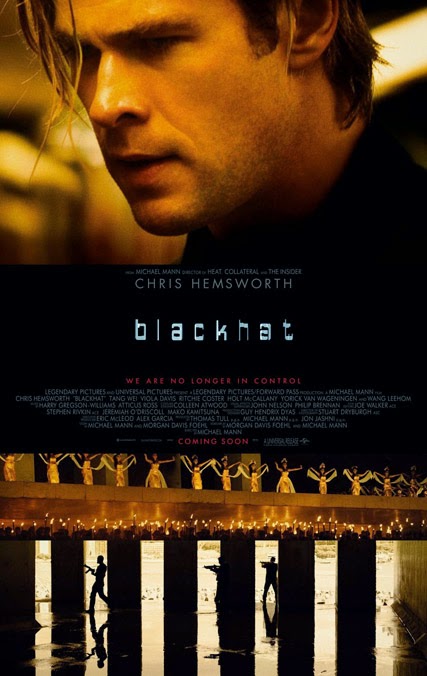 Mann's back!  And this time his form matches his movie's function, although to what extent Blackhat actually does function is a matter for some debate.

In Blackhat, a superhacker destroys a nuclear reactor in China in the first five minutes.  This is absolutely great, and the naive member of the audience will sit there upon the edge of their seat and wonder, "What next?  How will they top that?"  You can relax; they don't.

It does remain a passable procedural thriller.  In the aftermath of the atomic horror, the U.S. and the PRC put aside their notable cyber-differences to take down the culprit, whose identity remains as mysterious as his motives.  To this end, Capt. Chen Dawai of the People's Liberation Army cajoles his American counterpart, Carol Barrett, into conscripting Dawai's old friend Nick Hathaway into their cause.  Hathaway, it turns out, is the author of the very remote access tool through which the reactor hack was undertaken.  At least she'll have no trouble finding him: Hathaway is currently serving a seventeen year sentence for his own Internet crimes.  Hathaway, offered a commuted sentence if he can catch the madman, agrees.  Joined further by Chen's sister Lien, a network engineer, and a U.S. Marshal who gets maybe four lines, the team is assembled and their world-traveling hard-target search begins.  It is all very gritty, even Michael Mannish in its execution.

Indeed, there is exactly one functional joke in Blackhat, about par for the course for Mann's films.  But it belies how misused—though not miscast—leading man Chris Hemsworth is.  Then again, Hathaway—godlike hacker, master martial artist, supreme marksman, and serious push-up enthusiast—is already such a tremendous Mary Sue that doing something crazy, like making him actually interesting, would just be too much to handle.  Hemsworth does fine work with what he's given; we are fans of the man here, after all, and not for no reason.  Yet "haunted nerd" is about as far from type as he could get—which must be why the "nerd" part is dropped, leaving him without any identifiable personality at all.

The dialogue doesn't do Hemsworth and the rest of the cast any favors, either.  Conversations routinely end at least one line before their natural conclusion, permitting far too many scenes to simply thud into the next.  This awkwardness finds an ally in the editing: when these scenes die, Mann waits till a count of five before removing the body.  There is clearly some kind of intention here, but you just can't argue with results as bad as these.

Since the screenplay isn't bound to offer any solace, we can find respite instead in Blackhat's extended, wordless montages, for that is where it shines.  Hemsworth's star quality and the dewy-eyed, "well, of course we'd fuck" performance from the likewise reproductively-capable Wei Tang combine with Mann's traditional interest in the otherworldly lighting schemes of cities at night. Taken together with the lovely score by Atticus Ross and friends, these moments absolutely convey the elegaic beauty Mann's been pursuing in virtually every film he's ever made since Thief, and rarely failed to achieve.

Mann also treats us to a heaping helping of gunplay in this movie about computer geeks, and these action scenes are most artfully brutal.  (Naturally, Mann's fetish for bleeding-edge video technology occasionally presents as a digitized aesthetic atrocity, particularly in the daylight and other such hardlit shots.  He's never equaled the sustained achievement of Collateral again, and evidently never will.)  Meanwhile, Mann does his mannedest to make typing on keyboards look cool, and perhaps halfway succeeds.

Sadly, however, when the imagery subsides, the talking starts again.  Whatever was natural and engaging is crushed beneath the unsubtle boot of jargon on one hand and characters saying exactly what they're feeling on the other, even when their feelings line up in no way with what we would expect actual human beings to feel.  There are truly baffling lines in Blackhat: Hathaway and Chen Lien are evidently forever wed now, even though what we have seen is only two people who met yesterday and decided to have sex, because she liked the way he swung his hammer—or, in this case, a table, at an anonymous assassin's face, which (according to her reaction shot) gave Lien half an orgasm.  Well, Mann movies like their gender roles simple—and I already said Hemsworth really wasn't miscast.

I doubt anyone will argue Matthew Broderick was robbed of work, for example.

By the end, one is simply sad that there's no such thing as contemporary silent film, for Blackhat's rather confusing plot is also boring and (in the end) incredibly banal.  The film climaxes in a sequence that turns the thousands of people marching in an Indonesian religious festival into a literal backdrop.  Set against rows of torch-carrying celebrants, our white men with guns and knives—one of them an actual giant—wander through the procession. No one notices.  Not even when one of them gets stabbed in the fucking head.  (Eventually, finally, they do take heed, but it takes nothing less than automatic weapons fire to put any fear into the unflappable hearts of Jakarta's citizens; perhaps those Raid movies are really documentaries.)  This sort of human production design would have functioned perfectly in the heightened, dreamlike world of a silent film.  In Blackhat, the scene remains beautiful, but far more than that is it outrageously and laughably stupid.

Yet Blackhat abides.  No, it certainly doesn't manage on the strength of its thrilling twists: my favorite anti-reveal is when the evil hacker, who has been so carefully obscured throughout the film, is unmasked, to my breathless reaction of "So fucking what?"  Nor does it manage on popcorn spectacle, either, despite promises of hacking-related mayhem: its violence is merely human-sized and often intimate, though on this count I enjoyed what it offered a great deal.  Blackhat does succeed—at least to the extent it succeeds—because of its mastery of its visuals and its mood.  Certainly, one would expect no less from its creator.

In fact, I liked it.  But I would never call it "major" Mann, and no one else would either.  Because, hell, it would be "minor" just about anybody.