What a disaster: She's gone with the hula hula boys, she don't care about me 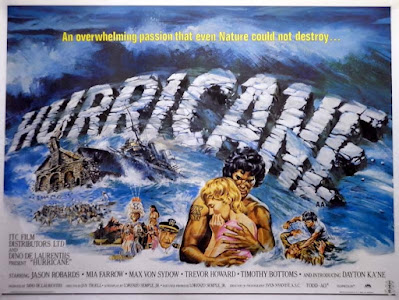 HURRICANE
1979
Directed by Jan Troell
Written by Lorenzo Semple Jr. (based on the novel The Hurricane by James Norman Hall and Charles Nordoff)
Spoilers: well, there's a hurricane in it, but moderate, I guess